Ethnomusicologists face a dilemma: either shoehorn African music into European notation, or create custom DSLs that can only be understood by a select band of European ethnomusicologists. Computational musicologists can solve this problem, because we have principled ways of modelling specific idioms in terms of general computation. What's more, our models can be executed to generate actual music.

Simha Arom is a French-Israeli ethnomusicologist. In the book from which the title of this talk is borrowed, he describes the principles underlying the musical system of traditional central African polyphony and polyrhythm. Arom invented ingenious recording techniques for deconstructing and systematising musical cultures that had no previous tradition of musical theory. He tested his models by using them to recreate music and inviting central African musicians to critique the results.

This talk will argue that music-as-code is an ideal way to represent Arom's insights. I will show the full truth in the Lévi-Strauss quote with which Arom prefaces his book: "The proof of the analysis is in the synthesis." Programming has played its part in the homogenisation of global culture, but the universality of the lambda calculus also affords a golden opportunity for code to become a point of interchange between formerly incompatible musical systems. 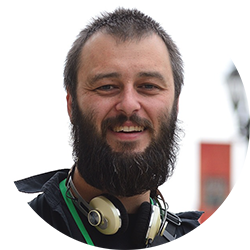 Chris is a certified BABE (Bachelor of Arts, Bachelor of Engineering), and consequentially an idiophile and technophobe. He regards computers with fascination in theory and suspicion in practice. Chris began to make music with code partly to compensate for his poor playing technique, and partly because air piano is unsatisfying. When he works, he works for ThoughtWorks, though that isn't all the time.