Want to learn Elm? Curious to try out an ML language praised for making a developer's life easier? Maybe you just use Redux at work, and would like to see where it all started. Come check out the Elm workshop! We'll first take a little look at a working Elm example, before jumping straight in to a test-driven Elm learning experience. This workshop is intended for those with little Elm experience, but curious experienced Elm developers may like to see how to test Elm views in production! You'll need a laptop that isn't ARM based, and ideally, Elm installed prior to the workshop. If you have any questions about how to solve any problems with Elm, Noah is the person to ask, having been responsible or partially responsible for the majority of proof-of-concepts and tooling found in the world of Elm. 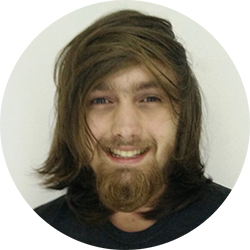 Noah Hall started his production life by creating a research and development startup, focusing on creating prototypes based around psychology, data analysis, and healthcare. He has been active in the Elm community for over 3 years, having used Elm in production since 0.15. He has been a contributor to Elm both in code, ideas, and feedback, and now runs the Elm community Github group as well as the Elm Slack team. He used to work as a researcher focusing on the influence of functional programming on modern web development, before he joined NoRedInk to work on Elm. Now he works at Fusetools, making mobile development easier for designers and developers.