While computer go has received lots of attention recently with the tremendous success of AlphaGo, computer chess has generally been regarded as a "solved" problem since the Kasparov vs Deep Blue match in 1997. In reality, chess programs have made enormous progress since then.

This talk assumes a basic understanding of the alpha-beta algorithm as taught in many computer science courses, and describes the techniques used by the current top programs and how they differ from Deep Blue and other programs of that era. We will also discuss how the falling prestige and financial rewards of computer chess has, paradoxically, vastly improved the rate of progress. 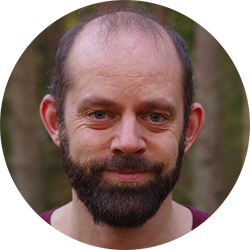 Tord is an algebraic geometer by education and has no formal background in computer science. He taught himself programming in order to use it in his mathematical research, and in order to automate the tedious and time-consuming task of playing chess, which he wasted so much time on as a teenager. His native language is Common Lisp, but he is currently making a living from writing Clojure, ClojureScript and Swift at Play Magnus AS. In his spare time, he likes reading science fiction and -- when he's not injured -- training sprinting and jumping.